“Open the hatches and get up there. Now!”

It was dawn on our 5th day in Yellowstone and we were driving into the Lamar Valley. I was still in a sleep stupor, but we’d been with Sean long enough to recognize that tone of voice. It meant hop-to-it or miss something fantastic.

We fumbled open the roof hatches on the van and all 8 of us popped our heads out like a troop of obedient gophers. Trotting alongside the van, not twenty feet away, was a pair of wolves. Wolves! The lead wolf was dark, almost black with long thin legs and a thick tail. The one behind was smaller and light gray, her ears laid lightly back. They moved gracefully and with purpose, crossing the road not far in front of us and within seconds were in the sagebrush where they blended into near invisibility. It was amazing how quickly and smoothly they moved seemingly without effort.

The day before we had been scouting the Lamar Valley in hopes of seeing them and we (meaning our eagle-eyed guide Sean) had spotted a carcass surrounded by ravens. Most likely our wolves were heading towards it for breakfast. We all dropped back into the van and drove off to meet the wolves at the carcass where we spent the next several hours feasting our eyes on wolves breakfasting in Lamar Valley. Another fine day in Yellowstone.

Yellowstone deserves its nickname of Wonderland. The Greater Yellowstone Ecosystem (GYE) holds several completely different ecologies each with its own wonders. Our weeklong trip captured it all.

We started in Teton National Park where we stayed at the Teton Science Schools. We learned some of the history of the area and got to tour the incredible Murie Museum and visit the Murie ranch where Mardy and Olaus Murie met with other wilderness advocates to discuss ways to preserve places such as Yellowstone (their work culminated in the passage of the 1964 Wilderness Act).

In addition to the history, we learned about the flora and fauna of the area. We went to quiet ponds to watch ducks dabble and dive. We saw bison and elk grazing in fields and a moose met us beside the road when we returned to the Teton Science Schools in the evening (and again on our final day when we returned to pick up some luggage!).

We then moved on to Old Faithful. Yellowstone is the site of a living supervolcano which has erupted several times in the past few million years. The earth’s crust is thin here, and the molten rock below shows itself in fountaining geysers and gurgling mud pots. The landscape is a hellish mix of steaming vents and sulfuric-smelling air. Thermophile (heat-loving) bacteria paint the ground in  myriad color - red, yellow, blue, green..… Signs warn of dire consequences to those who step off the walkways, yet we saw Yellow-rumped Warblers pecking at flies living among the brightly colored bacteria.

That evening on our way back to the hotel we had a close encounter with three cantankerous bison. We were watching a beautiful sunset turn the steam from Old Faithful red and orange when we heard a crashing noise behind us. Three bison charged, tails up, heads down, into the open. One did battle with a bush and another rolled around vigorously on the ground. “Let’s back up a bit,” Sean said. We obeyed with alacrity-- our desire to avoid being mowed down easily defeated the wish for a better photo. We watched from a safe distance until the bison moved on, and we retired safely to our hotel.

The next day after exploring the historic Old Faithful Inn we took a short walk to see the amazing Grand Prismatic Basin, a steaming lake of bacteria-filled water lined with a rainbow of color.

From there we moved into Northern Yellowstone and returned to landscapes of forest and valley. We saw mountain goats and bighorn sheep, we saw foxes and coyote. We turned a corner and someone said “what’s that?” Sean scanned the hillside. “There? That’s a rock.” “No, there.” Grizzly!

Not only was it a grizzly bear, and not only did she have two cubs with her, but it was 610, a famous grizzly who hadn’t been seen for two years and was feared dead. Kudos to Chris R. and North Branch for the sighting. We took turns watching through the scopes as the 610 and cubs slowly grazed their way up and over the hillside.

We were in the area for a week and every day was like this. We had adventures followed by quiet walks, exotic sightings (at least to Vermonters) and time spent watching familiar foxes or sparrows. We saw beautiful landscapes and caves belching steam. I haven’t even mentioned the afternoon we spent sitting on a hillside watching a black bear and her two cubs playing in a meadow, or the coyote who wandered practically over the top of a supremely unconcerned bison.

I haven’t described the soaring eagles, the rest area full of swallows feeding their young, or our stop on the last night to visit trumpeter swans in the near dark. I haven’t touched on the views - snow capped mountains rising above the valley, or the subtle dusty green of sagebrush covered hills, or the magnificent “Grand Canyon of Yellowstone” with its multicolored cliffs and 100-foot waterfall.

It was a week packed with more beauty and adventure than I imagined possible. Yellowstone is magnificent and Sean was a superb guide. He knew all the secret spots and hidden wonders and the stories he told kept us informed and enchanted. It was a trip of a lifetime.

*Want to travel with NBNC? Check out our Adventures Afar page for upcoming trips!*

Enjoy the videos of our Yellowstone encounters! 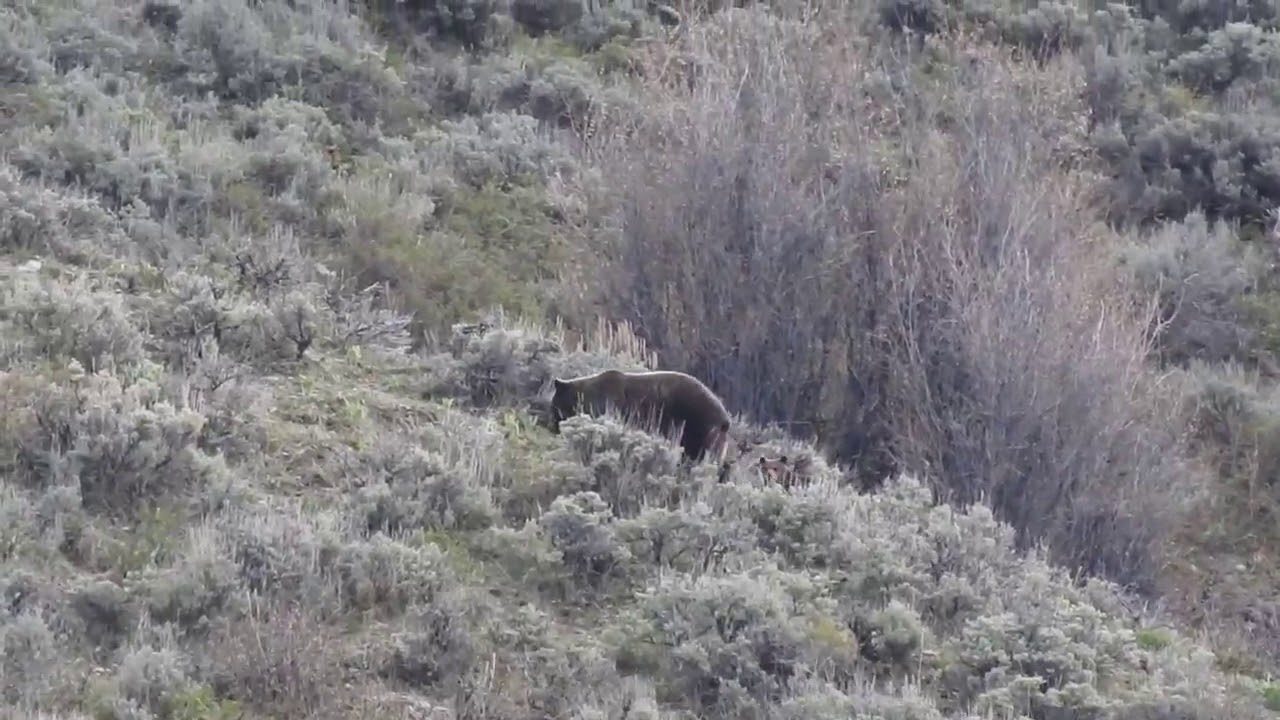 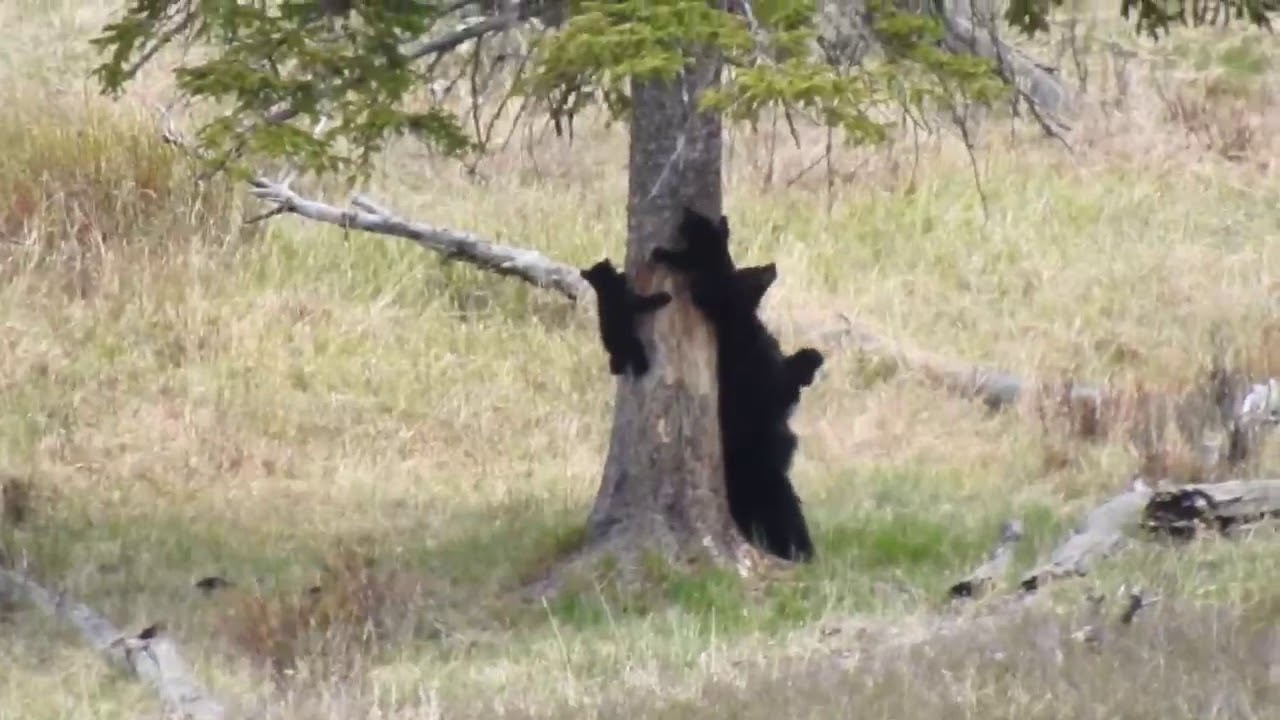 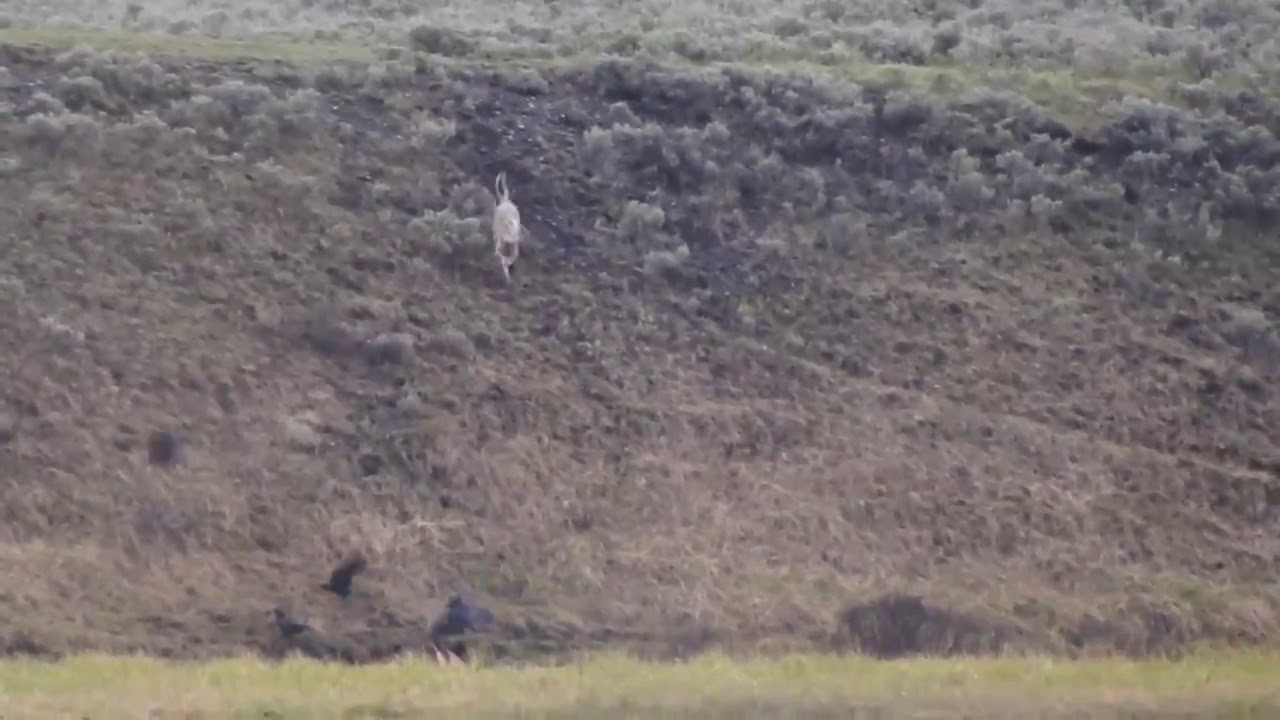