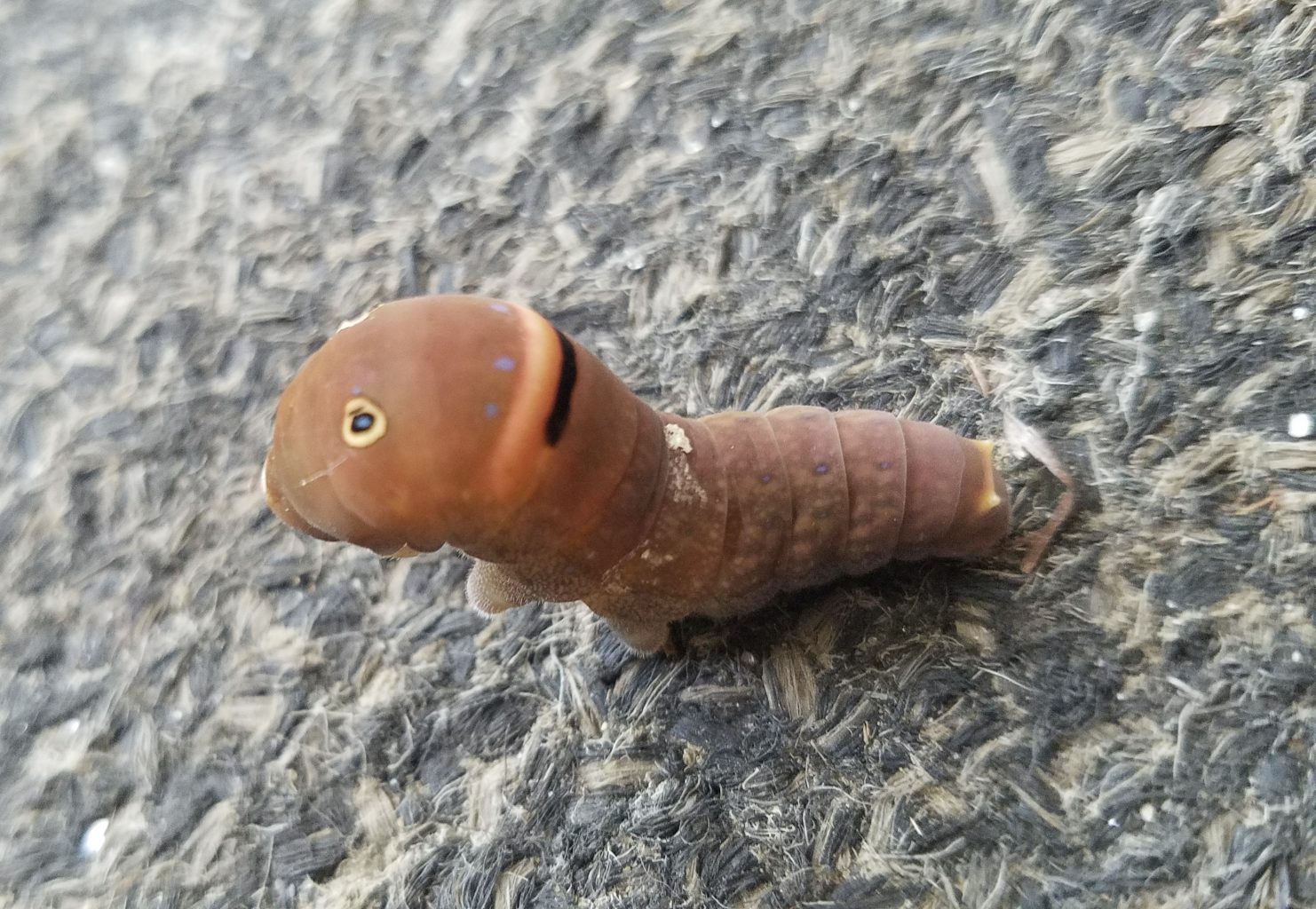 Tiger Swallowtail Butterfly caterpillars are all over the nature center trails this week! With two beady eye spots, these thumb-sized caterpillars avoid depredation by mimicking the head of a snake. About 24 hours before pupating, these caterpillars turn from lime green to chocolate brown. The caterpillar below decided that it would begin pupating right on the welcome mat of the Nature Center. We brought it inside on a twig from its host plant (an apple tree), and the next day we arrived to find our caterpillar morphed into its chrysalis. 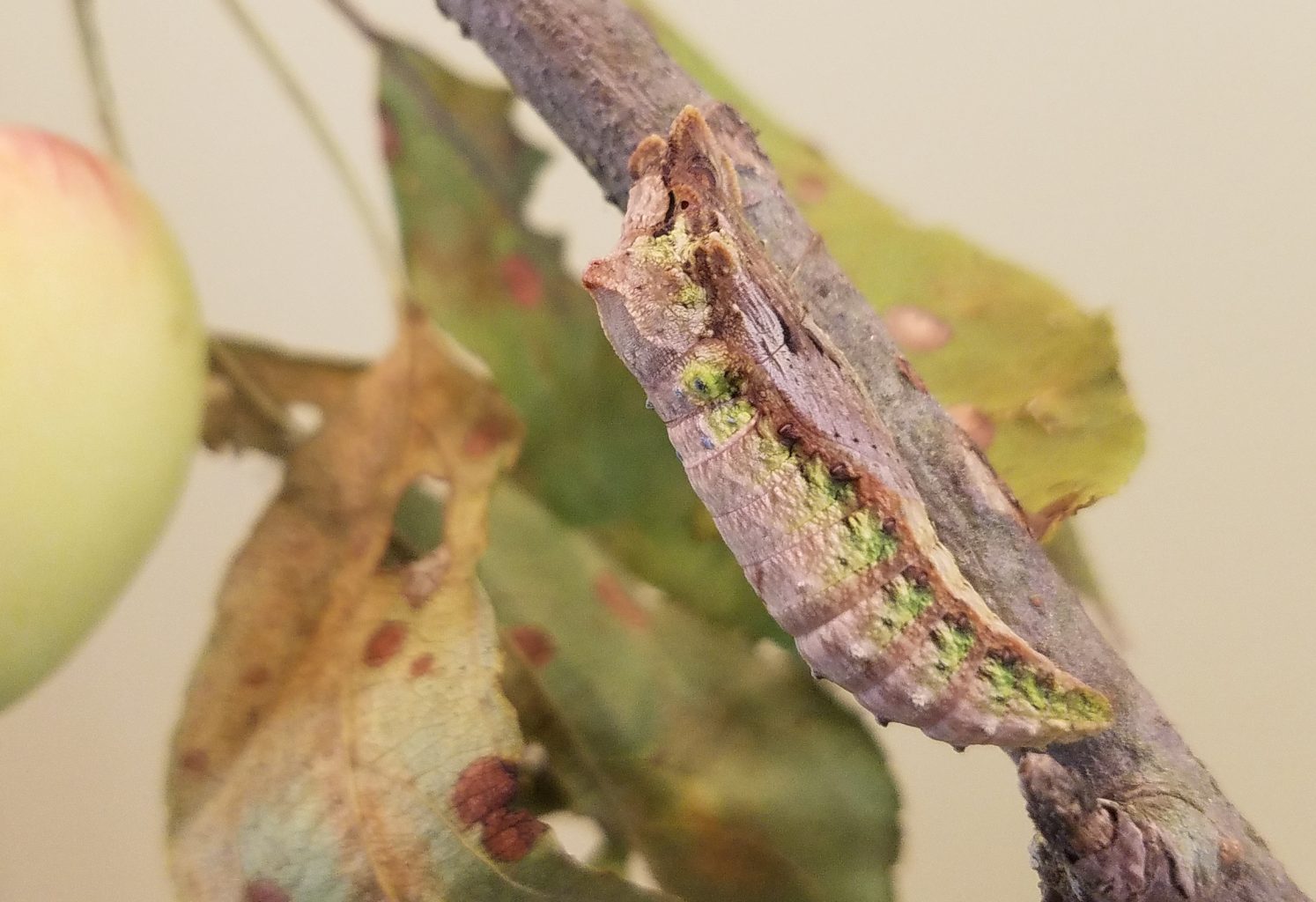 Unlike monarchs, which emerge (or eclose) from their chrysalises in just under two weeks, these late-season swallowtail caterpillars will be entombed until spring. If you find yourself with a Tiger Swallowtail pupa this summer, keep it outside in a shady place through the winter. The moisture, temperature regime, and daylight length afforded outside are critical components of the swallowtails' maturation through the winter and its emergence come spring.

Meanwhile, check out this timelapse video of a pair of pupating Monarch Caterpillars that we captured on camera at NBNC on August 9th!